Spend a Night Out with the Harlem Globetrotters

Finding a fun family outing can be difficult during the cold winter months but luckily The Harlem Globetrotters are coming to town during their 2018 tour. I saw them last year during their 2017 tour and had a great time. I can't wait to see them again on Feb 16th in Bridgeport.

Don't miss this fun night out!! Order your tickets online today and use promo code FUNFAM  to save 25% off your tickets. http://www.harlemglobetrotters.com/tickets 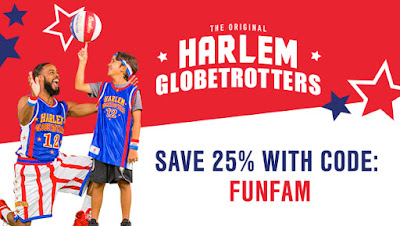